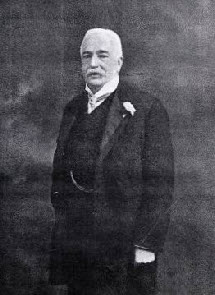 We regret to announce the death, in his 81st year, of Dr. Robert Bell, who has been described as the pioneer in the fresh-air treatment of tubercolosis, and was an expert on the treatment of cancer.

For 21 years Dr. Bell was senior physician of the Glasgow Hospital for Women, and it was whilst there that led to the abandonment of operations, and came to the conclusion that cancer is a self-inflicted disease, dependent for its origin upon a long contamination of the blood.

In 1909 Dr. Bell was offered a baronetcy, but asked permission of His Majesty to decline the high honour.

Dr. Bell held emphatic views on dietary, and believed that uncooked fruit and vegetables, together with cheese, eggs and milk, ought to form the principal diet of anyone wishing to retain his health.

He had many bouts with the orthodox surgeons, because of his, to them, unorthodox method of the treatment of cancer.

In 1923 he was exonerated by the General Medical Council of an alleged breach of medical etiquette when he was accused of having prescribed for, and treated by correspondence, a women patient suffering from inoperable cancer, without ever having seen or examined her.

Dr. Bell was the author of many well-known treatises.