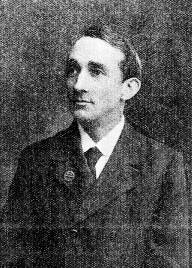 It is with deep regret we record the passing, on the 22nd October, of Mr. Henry B. Amos.

Mr. Amos, who was one of the most widely known humanitarian workers in the country, was born on the 24th May, 1869, and first became interested in vegetarianism when a boy, in East Linton, about 1886. His connexion with humanitarian movements was a long one. He worked in London for many years, first in the offices of the then Vegetarian Federal Union along with Mr. Arnold F. Hills, and was the Hon. Secretary of the Vegetarian Cycling & Athletic Club about the year 1895. He was associated with Mr. S.H. Beard in the Order of the Golden Age (at Paignton) from 1901 to 1903, and when Mr. Albert Broadbent was Secretary of The Vegetarian Society (from 1895 to 1912) he managed the Society’s stores for a period and succeeded Mr. Broadbent as Secretary of the Society during 1913 and 1914.

In 1924 he was Secretary of the Rodeo Protest Committee, in Leeds, where a successful campaign was launched for the abolition of Rodeo exhibitions. During the following year he helped to found and organize the League for the Prohibition of Cruel Sports (now the League Against Cruel Sports) and was the Editor of its official magazine during the early years of its existence. He had been a member of The Vegetarian Society for 56 years and was recently elected a Vice-President in recognition of the valuable work he had rendered to the cause.

Mr. Amos’s favourite slogan was “The utmost for the highest,” and if we had to assess the qualities which Mr. Amos possessed we could not do better than quote the words of the Rev. F. Hankinson, the Unitarian minister who conducted the funeral service at Golders Green. He said “He had an independent mind and if he felt a thing was right he would uphold his views against opposition. Such men are often called reformer, rebel, crank, agitator, and may not always be easy to work with or live with, but they achieve, they fight for the right, and in the end their labours succeed and benefit the world and humanity.”