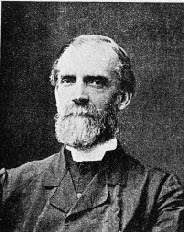 The death took place, on February 18th, of the Rev. Alfred Mansfied Mitchell, the honoured vicar of Burtonwood. He was in his 84th year. Mr. Mitchell was an Irishman, and after holding curacies at Clonmel, Dartmouth, Warrington, Kentish Town, and Clerkenwell, was appointed, in 1891, vicar of Burtonwood, a Lancashire mining village.

Mr. Mitchell was an untiring and convincing propagandist. His articles in his parish magazine, Excelsior, were widely read, and repeatedly quoted in the general press. He was unwavering in his opposition to what he considered national vices and, in addition to being an effective writer, was a lively and provocative speaker. He had been a vegetarian for 36 years and a vice-president of The Vegetarian Society since 1922. He was president of the League for Medical Freedom and a strong opponent of vivisection.

Mr. Mitchell was one of the best known public men in Lancashire and two years ago was made a County Alderman. He had been a County Councillor for the Winwick Division for many years and was a member of numerous committees. He had 20 years’ service with the old Warrington Board of Guardians and continued as a member of the Public Assistance Committee.

Mr. Mitchell gained the esteem of his co-workers and especially was he held in respect and affection by his own people at Burtonwood, where they had been drawn together by many years of intimacy and, not least, by the testing experiences of a number of long-drawn-out coal strikes.

The Lord Bishop of Liverpool gave an address at the funeral service.

The Vegetarian Society was represented by the Rev. P.C. Whiteman and Mr. J. Hough

From The Vegetarian Messenger and Health Review; March 1936