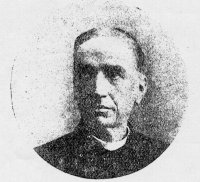 An old and enthusiastic revoltant from the sanguinary and barbarous prevailing dietics, and protester against the frightful daily inflicted tortures of the slaughter-house, has lately passed from among us at the ripe age of 81 – the Rev. Henry John Williams, sometime Rector of Tintern. Later he held successively the Rectorship of Brimpton, in Somerset, and the (Episcopal) Incumbency of Kinross. In the latest period of his clerical career he preferably occupied the post of locum tenens in various parts of the country, under the persuasion that thus his sphere of influence as an exponent of the Higher and Humaner Life would be more extensive. At the age of about forty – in the year 1878 – Mr. Henry Williams abjured the flesh diet upon the grounds of humanity and humaneness, and he ever afterwards constantly adhered to vegetarianism. He never admitted to his table flesh-dishes, although, being of specially sociable disposition, he very frequently entertained flesh-eating friends. But it was not alone the frightful cruelties and agonising sufferings of animals that influenced him. As with all radical food-reformers the too obvious concomitant of the universal work of daily butchery imposed vicariously upon a numerous class of men, and the equally inevitable degradation and demoralisation of this, so to speak, pariah class could not but gravely weigh upon his mind as soon as the whole question of the Higher Ethics was opened to him. Health reason, though secondary, confirmed the conviction of the beneficence of, as well as the moral and religious obligation to, the dietary reformation. To the present writer he often has expressed profound sense of gratitude to the vegetarian associations as having been the salutary means by their teaching of freeing him entirely from the common (and surely retributive) physical malady – dyspepsia. His vitality and energy – psychical and physical – were remarkable. Some years ago, it is of interest to record, Mr. Henry Williams published a pamphlet under the title of “A Plea for a Broken Law,” inspired by his religious as well as by his moral conviction. My brother was one of the four of my immediate connections whom I had the happiness to bring over to vegetarianism, and he was the means of converting at least three or four of his clerical confreres, as well as (I believe) some of his “secular” friends.

Howard Williams
The Vegetarian Messenger and Health Review, May 1919