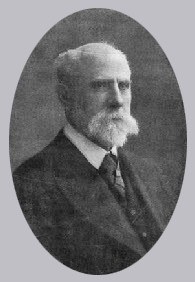 News has been received in Bournemouth where he had resided for many years, of the death, at Castle Carey, Guernsey, of Sir William Earnshaw Cooper, C.I.E., aged 81. Sir William, who was head of the Cawnpore firm of Cooper, Allen, and Co., was hon. Colonel of the Cawnpore Volunteer Rifles.

He was a member of the Legislative Council of the North – West Provinces and Oudh from 1893 to 1900, and from 1889 to 1900 President of the Upper India Chamber of Commerce.

Sir William, who received the C.I.E. in 1897 and was knighted six years later, was the author of “The Murder of Agriculture,” “Socialism and its Perils,” “Britain for the Briton,” “England’s Need,” and other works.

He married, in 1911, Gleadowe, widow of Mr. Walter de Castro, and had two daughters.